I am not suggesting this is a complete list.

PS Abortion:  Thankfully this is not a denial in most churches.  But I am not sure all Christians understand the absolutely demonic nature of what has become such a norm in our society.  It is only in modern day in which the murder of babies either in or outside the womb has become acceptable.  It was only backward and barbaric nations which practiced the sacrifice of babies.  It was only amongst the most heinous of civilizations in which to slice a baby out of its mother and cut into pieces in their dying presence was considered the ultimate insult.  Here are some facts to have at your disposal if you encounter someone considering abortion and they have no “moral” reason not to.

Note: Studies 6, 7 and 8 looked at death rates for an average for up to one year after the end of the pregnancy. Another study found that looked at suicide rates for up to eight years found that, compared to women who gave birth, women who had abortions had a 62% higher risk of death from all causes and a 2.5 times higher suicide rate. Source: DC Reardon et. al., “Deaths Associated With Pregnancy Outcome: A Record Linkage Study of Low Income Women,” Southern Medical Journal 95(8):834-41, Aug. 2002.

Yes, I know I have addressed this issue before, but there have been some recent developments that should give renewed cause for consideration by church attendees, pastors and elders.  In the past I have tried to exhort us – the Church – that skinny jeans/leggings are not pants, are not modest and absolutely should not be seen in the church much less on the platform.

I must confess my disappointment though about my previous blogs on this subject as from all indications there is little agreement with my opinion (i.e. – no comments, likes or shares).  But now even the un-churched and secular society seems to be coming around to my way of thinking.  Elana Fishman of “Style” recently wrote an article entitled “Is it ever OK to wear leggings as pants?” And just this week one of the most trending videos on the internet is a sweet southern lady exhorting all that leggings are not pants.

Also this week Carey Burgess was sent home from her South Carolina public school for her too short skirt.  Let’s be honest here, school systems didn’t set skirt lengths because they don’t want to see varicose veins, it’s because it’s a concentration issue for the boys getting distracted by those “veins”.  Here again secular society understands why modesty is necessary.  Here is the actual skirt that got her sent home.  I have been addressing leggings and skinny jeans and here the unchurched trumps my exhortation banning skirt lengths that would be considered long in some churches. 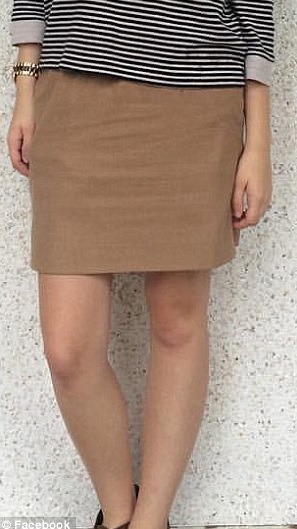 Why is the world now leading the way in encouraging modesty?  Wouldn’t this be the responsibility of the Church as we model Jesus and scripture instead of the latest sexy garb?  There is no lack of clarity in scripture exhorting modesty in dress amongst those who minister before the Lord (on the platform at Church) and modesty among Christians in general?  So why is the Church not leading this most recent modesty trend instead of those in the world?  I should point out that the world could just as easily be trending full on nudity next week/month/year.  And just to prove my point that the line between leggings/skinny jeans and just plain old going naked has been so badly blurred, they recently did an experiment where they painted skinny jeans on the naked bottom half of a model who then proceeded to walk around NY and nobody could tell the difference because frankly there is in fact little difference.

And why is wearing modest clothing a Godly thing (this goes for both guys and girls)?  Because according to scripture there is VERY harsh judgment awaiting ANYONE who temps or causes someone else to stray or sin.  Whoa, back the sin trolley up a bit – SIN???  Yea, so here is where I get real honest with all ya’ll.  When I was a young, testosterone driven teenage boy in Jr. High I remember all us guys challenging the girls to wear the tightest jeans possible.  The winning test was whether we could tell if a quarter in their hip pocket was heads or tails.  You might ask, “Why were young boys so interested in George Washington and eagles”?  I can assure you we had no interest in numismatics and neither was our motive monetary.  No, our motive was the same millennial old base motive that challenges all men (except perhaps the dead or dying) and that was to have our fancy tickled with big ole eye full.

Over time, the Lord has been faithful to give me mad skills when it comes to avoiding these kinds of lust driven traps.  You see, like Job, I have made a covenant with my eyes to not look at any other woman that way except my wife.  But I live in America where guys are confronted countless times every day to give lingering looks at immodest dress whether on a billboard, TV add or out in public.  For example, I ride my bike most days along the River Parks trail where there is a constant supply of “eye candy”.  I have disciplined myself to simply look down at my front tire when passing other runners on the trail.  I refuse to give Satan/sin an opportunity.  But what do you do when confronted by immodest dress at church?  I attended a conference recently at a local church and I left wondering if there could be any skinny jeans or leggings left on store shelves anywhere in Tulsa.  And it wasn’t just the young people as there were those who were much older and who shouldn’t wear tight fitting anything for other obvious reasons. 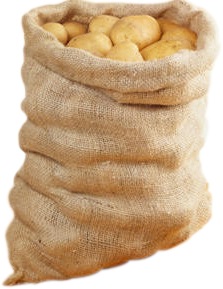 And then there was the ….. how do I say this graciously …. rather big and tall young person wearing the tightest possible jeans on the platform of a church leading worship.  I of course did not give any lingering looks, but I did have a lingering question.  Where on earth was this girl’s mom as she was walking out of the house that morning to go anywhere, much less to church and be ministering before our most holy God?

I know there are many who will disagree with me here and I am pretty convinced I am on the right side of Heaven on this issue even if not on the “right side of history”.  But like the interview with Ben Carson this week when asked why he holds such a rigid position against abortion and his answer was “I’m a reasonable person. And if people can come up with a reasonable explanation of why they would like to kill a baby, I’ll listen”.  Well, if someone can come up with a reasonable explanation as to why it’s right and appropriate to model immodest anatomy hugging clothing in church, I’ll at least listen.